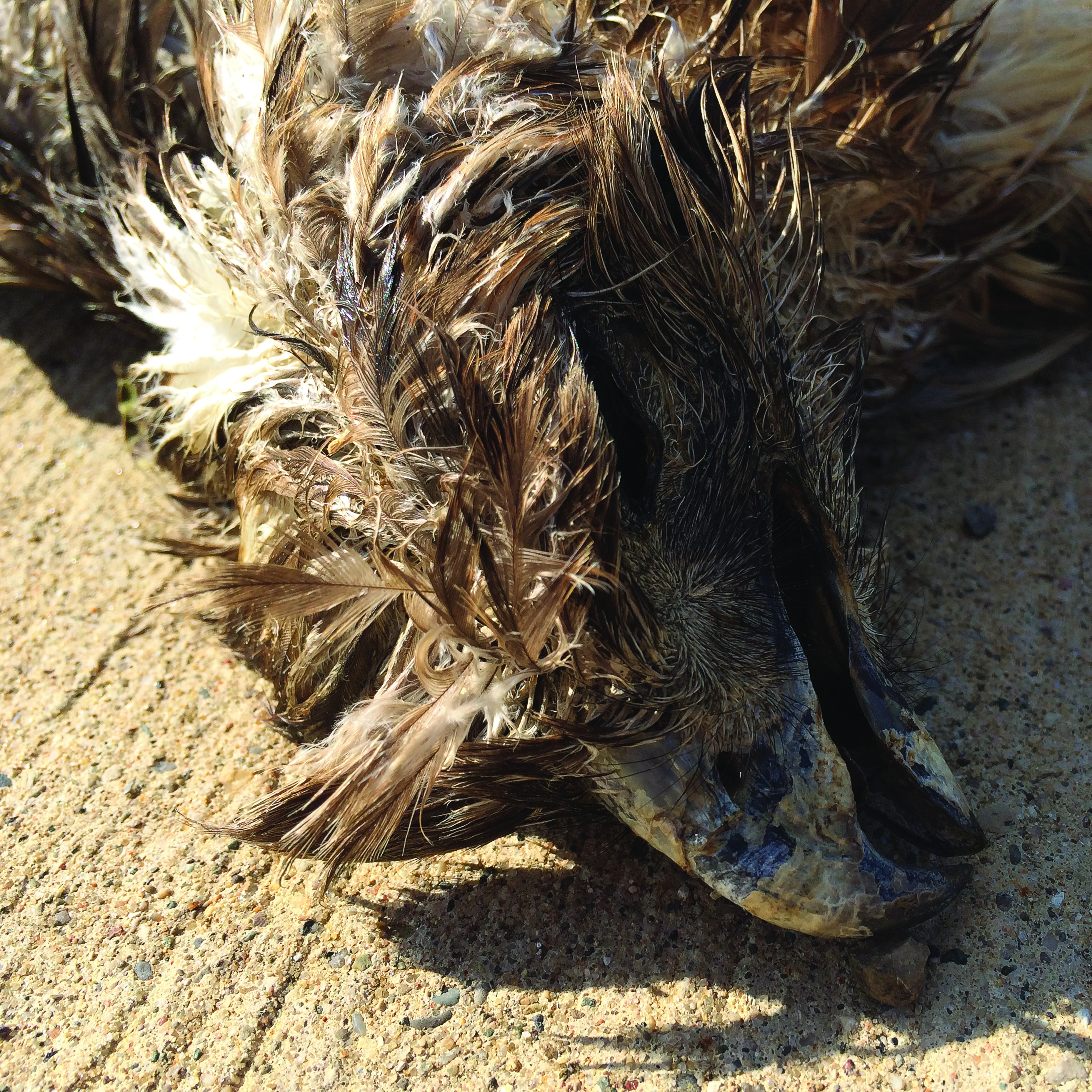 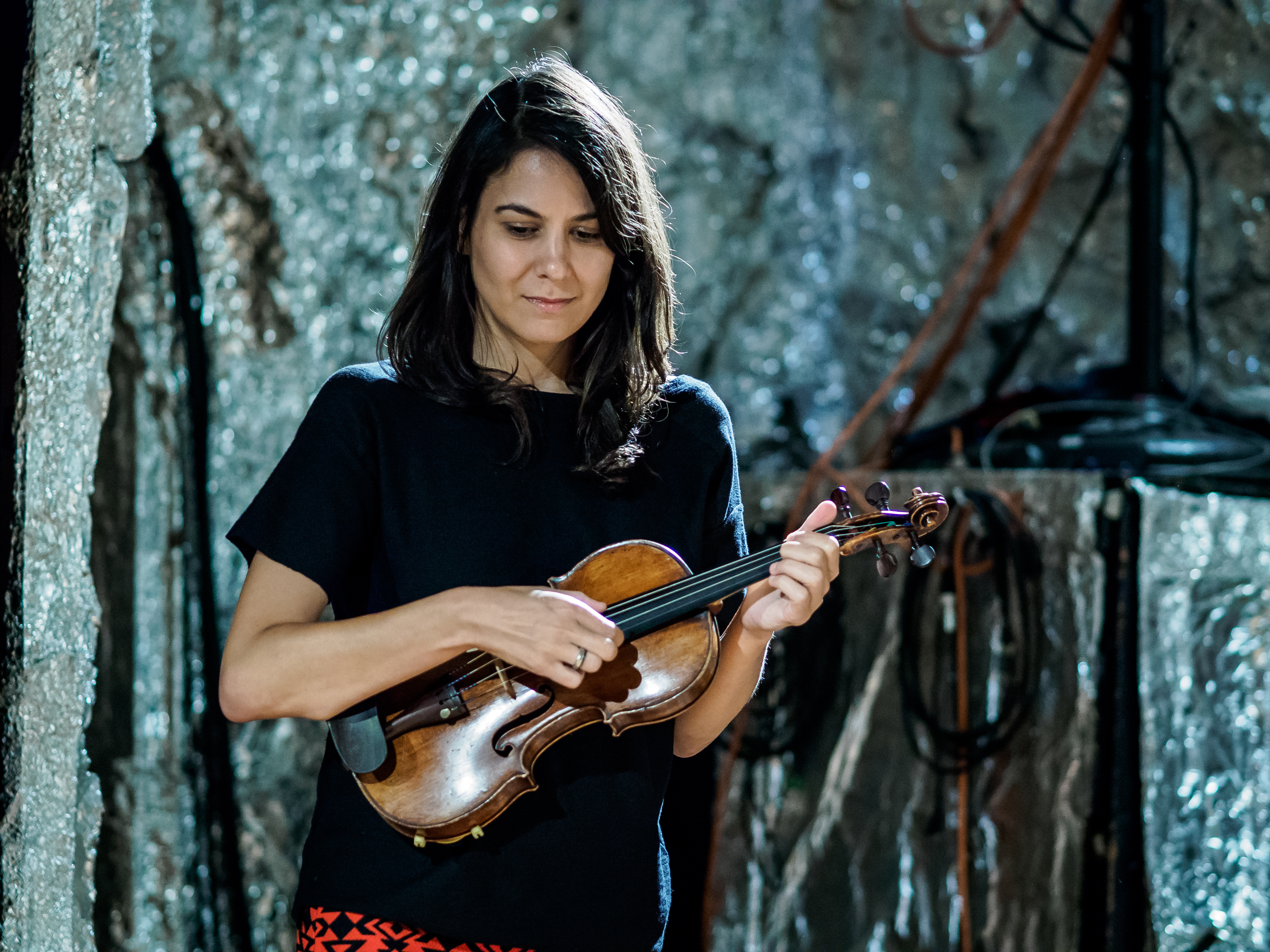 info on other Tubapede Releases here

On her debut solo album, Taking Auspices, violinist Erica Dicker employs original compositions and improvisation to evoke desolate environments and postindustrial landscapes. The disintegrating remains of abandoned coal mines and steel mills that formed the backdrop of Erica's early childhood in the German Ruhrgebiet provoke her imagination and are magnified by her fascination with ancient practices of augury and occultism. Stark and often brutal textures emerge through Erica's exploration of the geography of her instrument, a setting where improvisation is an act of divination and her superstitions yield themselves to musical structures. Each of the four pieces on Taking Auspices was inspired by a serendipitous event or encounter that changed Erica's perception of her environment and her relationship with it. Taking Auspices was recorded and mixed by Sam Pluta. Recording took place at St. Stephen's Church in Wilkes-Barre, Pennsylvania on May 10, 2016. The album was mastered by Colin Marston at The Thousand Caves Recording Studios and is released on Tubapede Records as a vinyl LP in a limited edition of 100. The jacket photograph is by Zachary Ridgway Barner with custom rubber stamp label made by John Casey. A dynamic collaborator, Erica has served a variety of roles in numerous projects in spheres of both contemporary composition and improvisation. She is a founding member of the contemporary chamber music collective Till By Turning and a member of Kylwyria, a commissioning horn trio based in New York City. Erica is violinist in Katherine Young's Pretty Monsters as well as Vaster Than Empires, an electro-acoustic collaboration with composer and sound artist Paul Schuette and percussionist Allen Otte. She has premiered works for solo violin written for her by Olivia Block, Turkar Gasimzada, Ryan Ingebritsen, and Katherine Young. Erica is concertmaster of the Tri-Centric Orchestra, an ensemble founded to premiere and record the operas of Anthony Braxton. She has performed with Braxton's Falling River Quartet and Diamond Curtain Wall Quartet at festivals in Belgium, Germany, Italy, Macedonia, Poland, and Turkey and appeared with the 12+1-tet at the 2012 Venice Biennale. Erica also writes about and curates performances of Braxton's work, most recently for the International Contemporary Ensemble at the 2017 Ojai Music Festival.

Bone Atlas I once came across the skeleton of a raptor in the woods that looked like it exploded. The skull lay cracked at the base of a tall spruce and the bones and remnants of feathers radiated away from the trunk in such a way I could only imagine this creature shattered upon impact with the tree. In a world without magic and a culture with no contemporaneous mythology, I take comfort in the strength of my own imagination and reflect on the stories our pre-scientific ancestors invented to account for things like cyclopses, griffins, gorgons, and dragons - all the bones littered in the Turfan and Junggar basins in China, and the Gobi and Kizylkum deserts. Our geomythology depends upon concrete reactions to piles of bones. Białystok In many ancient cultures, symbolic significance is ascribed to the four cardinal directions. In the tradition of the Lakota people, each direction connotes a particular affect and color determined by characteristics particular to one of the four winds. Chinese Feng Shui attributes the qualities of animals from the Chinese Zodiac to each one of the directions. Certain Celtic traditions make elemental associations with them. In many senses I am always drawn North and East. In my dreams I face a bitter northern wind, beg for wisdom and mercy, and walk eastward across rolling steppes. In waking life, I face you and play the violin in the northeastern part of my self. After seeing paintings by Max Weber, I used to imagine my family came from Białystok, the place of Weber's birth and a city in the most northeastern reaches of what is now Poland. No matter where I am, I am always resisting Earth on my two feet, straining to reach its most remote corner. Sadr (Gamma Cygni) Sadr is the third brightest star in the constellation Cygnus and forms the intersecting point of an asterism known as the Northern Cross. In Arabic, sadr means "breast" or "chest" and refers to the star's position at the heart of the swan-constellation. Sadr, also called Gamma Cygni, is 150 times the size of our Sun and its yellow light reaches Earth after traveling approximately 1800 light-years across the Milky Way. It was clearly visible the night I saw the aurora borealis for the very first time on a night-time drive from Sioux Falls to Minneapolis. Strix Nebulosa is the binomial name for the great gray owl. A large disc of facial feathers acts like a satellite dish, directing sound to the bird's asymmetrically placed ears, enabling it to hear better than any other owl. Its gift makes it a deadly winter hunter; it can hear the scurrying of small rodents beneath deep blankets of snow. I have cherished Mary Oliver's poem "White Owl Flies Into and Out of a the Field" for many years. In my heart I am convinced the creature she describes is neither a barn owl or a snowy owl, but the Phantom of the North - my boreal totem - the great gray.

Coming down
out of the freezing sky
with its depths of light,
like an angel,
or a buddha with wings,
it was beautiful
and accurate,
striking the snow and whatever was there
with a force that left the imprint
of the tips of its wings
five feet apart - and the grabbing thrust of its feet,
and the indentation if what had been running
through the white valleys
of the snow -

and it rose, gracefully,
and flew back to the frozen marshes,
to lurk there,
like a little lighthouse,
in the blue shadows
so I thought:
maybe death
isn't darkness, after all,
but so much light
wrapping itself around us -

as soft as feathers
that we are instantly weary
of looking, and looking, and shut our eyes,
not without amazement,
and let ourselves be carried,
as through the translucence of mica,
to the river
that is without the least dapple or shadow -
that is nothing but light - scalding, aortal light -
in which we are washed and washed
out of our bones.