info on other Tubapede Releases here 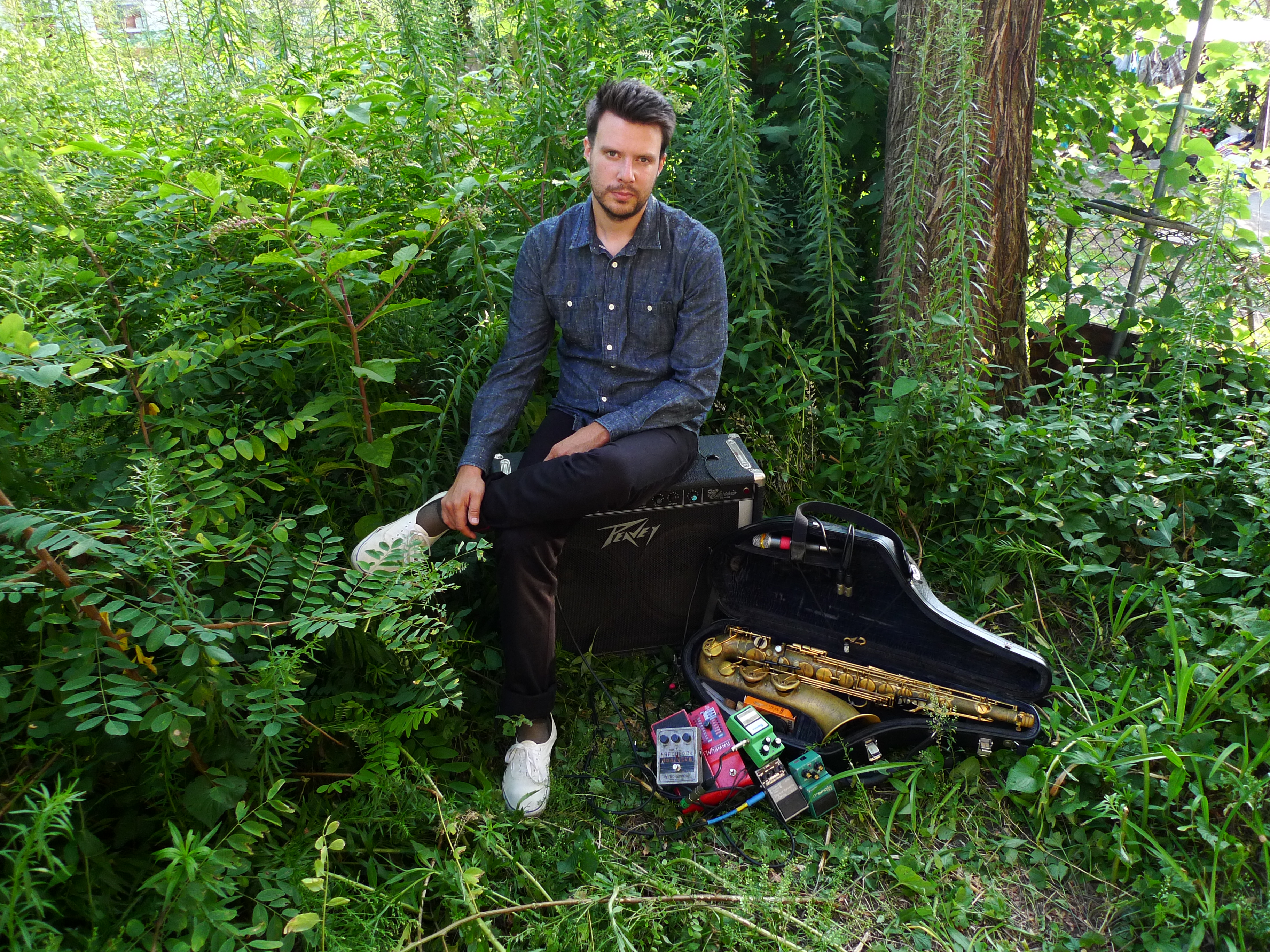 After several years spent refining his solo repertoire, Brooklyn-based saxophonist Matt Nelson found the inspiration to finally record his work in a likely place for a horn player - his throat. After learning that a tricky surgery to remove a tumor from his salivary gland could potentially leave him unable to perform, Matt quickly set out to begin recording an album that had long been in waiting. Luckily all went well and there has been no hinderance to his playing. But the suffocating sensation and weight of an inevitable drowning to the bottom, and the subsequent ability to let go and embrace the serenity and weightlessness that follow, are central to this music. On his debut solo record, Lower Bottoms (Tubapede Records), Matt has relinquished varying degrees of control over his instrument and musical process. By separating out components of technical mastery, a musical identity emerges that transitions from a form of aggressive and over-assertive creativity to something more closely resembling a conduit or shaman. To create this effect, Matt employs numerous extended saxophone techniques along with a litany of guitar effects pedals, all run through a large 70's era Peavy combo amp. The sound of real­-time feedback manipulation adds to the enveloping nature of the record, and also acts as an element of unpredictability in Matt's improvisations. By incorporating these sometimes uncontrollable electronic components into his solo playing, Matt allows unique soundscapes to develop which can be at once lightly ethereal and utterly brutal. Widely arched and subtly shifting song forms are often marked by abrupt changes in texture brought about by the deft use of his unique setup. This is music to sink in. Further adding to the album's submerged-but-present sound is the involvement and wizardry of ace engineer Eli Crews (Deerhoof, tUnE-yArDs, Nels Cline), with whom Nelson recorded and mixed the album live to quarter inch tape. It will be released as a digital download and as a vinyl LP with original cover art by Zachary Maricondia and a quote from author Roberto Bolaño. About Matt: Saxophonist Matt Nelson has spent the past decade honing a distinct musical style in the sometimes disparate worlds of improvised, indie, and jazz music in the Bay Area and New York City. After graduating from the Oberlin Conservatory of Music, he moved to Oakland, CA where he quickly began to perform and collaborate with a wide range of the Bay Area's most forward-thinking musicians. It was also here that he began playing with indie-­rock weirdos tUne-yArDs. His diverse sonic palette and use of effects pedals became a key component of the band's sound on their 2011 album WHOKILL (Village Voice Critics Poll #1 album of 2011), and on subsequent extensive tours in North and South America, Europe, and Australia. In 2010 Nelson began splitting his time between the Bay Area and Brooklyn, where he now lives full time. Over the past several years, he has been at work cultivating and refining his solo performances on the saxophone. Aside from heavy practice of extended and idiosyncratic saxophone techniques, he has also developed a singular approach utilizing guitar effects pedals and amplifier feedback which largely informs his current solo work. The culmination of these efforts can be heard on his upcoming debut solo LP Lower Bottoms (Tubapede Records). Aside from his solo work, Nelson currently performs with the saxophone quartet Battle Trance, led by saxophone spirit guide Travis Laplante. Comprised of four tenor saxophones, the group plays meditative wall-of-sound textures. They have rehearsed extensively in preparation for their new album Palace of Wind (New Amsterdam Records) and upcoming international tour in the Fall of 2014. Nelson also currently performs with Brooklyn-based bands Skeletons, Zongo Junction, and has recently collaborated with like- minded musicians such as Peter Evans, Ava Mendoza, Weasel Walter, Tom Rainey, Bill McHenry, Tim Dahl, Ben Goldberg, and many others.